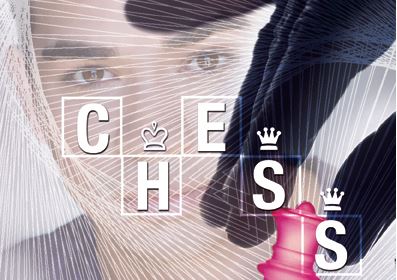 The East West Players are an Asian American theatre troupe who pride themselves in staging a wide range of theatrical events and award-winning productions that blend Eastern and Western movement, costumes, language, and music. Not restricted to only Asian inspired product they have also staged many productions of traditional western musicals and plays.

In May 2013 artistic director Tim Dang presented a unique production of Chess. Open auditions usually attracted around 300 applicants, but for Chess they had 600. Casting was totally colour-blind  and Dang relished the opportunity to give Asian-American, African-American and Latino-American actors among others, the chance to appear in a show they would never normally be cast in.
Tim Dang:
Chess is a musical with international themes of breaking down barriers between nations, and having a multicultural ensemble enhances its message for the 21st Century. Our audience is not likely to have seen a version of Chess like this previously and may never see anything like this in the near future.
​ 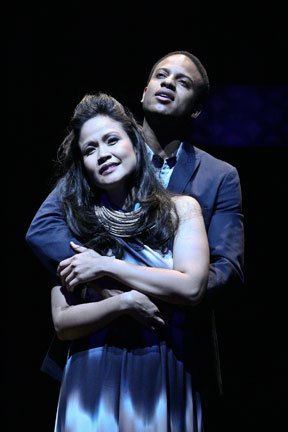 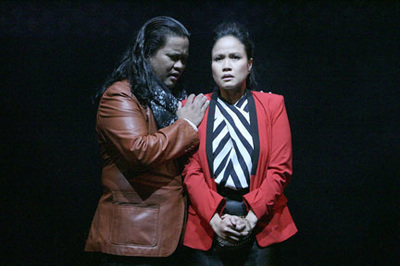 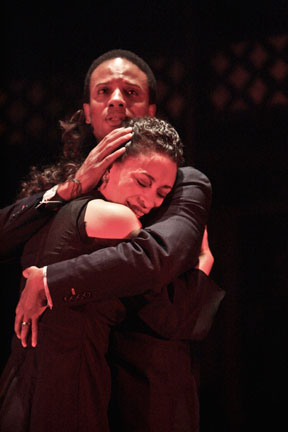 Often performed as a concert, but not so often in a fully staged version, Dang was determined to present a fully staged production
Tim Dang:
Chess is a metaphor for life. Our lives have specific strategic moves, and each move that we make in life influences what happens with our next move, and that’s exactly how Chess is. I don’t think you get that from a concert.
​​ 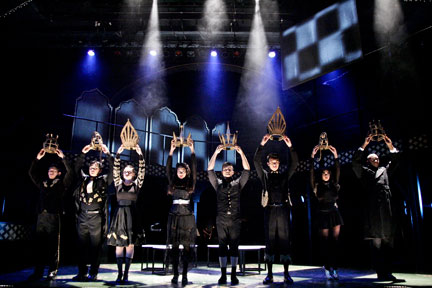 ​The production basically followed the original London version, with just a few alterations. Someone Else's Story was added, sung by Florence, just after Embassy Lament. Heaven Help My Heart was moved to after TV Interview in act two and sung by Svetlana.
​
A new 'character' the Spirit Dancer was introduced. This was a spiritual being that appeared during Story of Chess and the chess matches. She represented the spiritual side of the game and the morals and spiritual elements of the people involved with it. The Arbiter was also interpreted as a more spiritual entity.
Tim Dang:
We added what we call the Spirit Dancer, who interprets the opening song, and the Arbiter has more of a divine presence now. We think of him as the spirit of life, while she is the spirit of chess. They move between the realistic world and this fantasy world that we’ve created, manipulating what happens 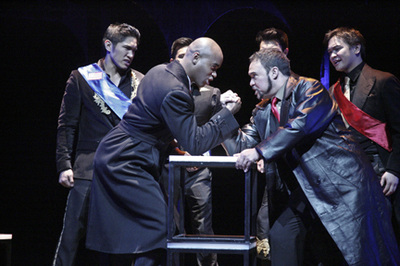 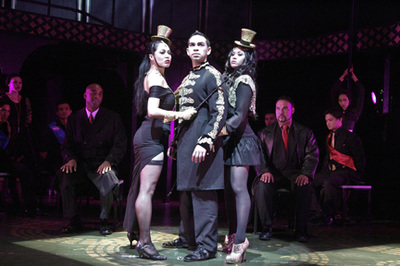 The David Henry Hwang theatre is a small 240 seat venue and Chess was presented on a split level stage. Some scenes such as the chess games took place on the upper level, while choreographed sequences continued on the lower. There were projections and a video screen showing news reports and commentary from chorus members. Costumes had a rich mix of eastern and western influences, while the Spirit Dancer was very much of Indian origin.   ​
​ 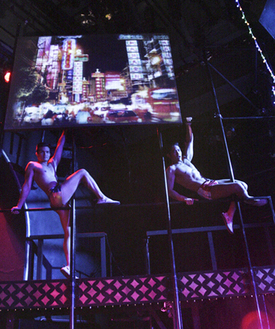 The production was generally well received and the company received praise for tackling such a difficult, but ultimately rewarding show. It sold well and they were able to slightly extend their limited run.

​
​Tim Rice paid the company a visit and posed for photos on-stage, telling the cast "You were all terrific."
Tim Dang:
Knowing Sir Rice is based in London, it was a complete surprise and an honour to have him attend our production of Chess in Los Angeles. He was so gracious in speaking with everyone and taking photos. 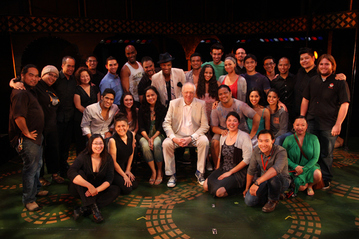 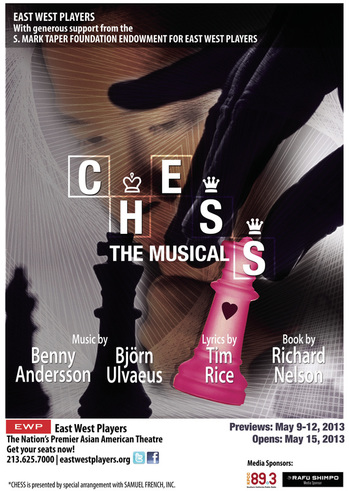