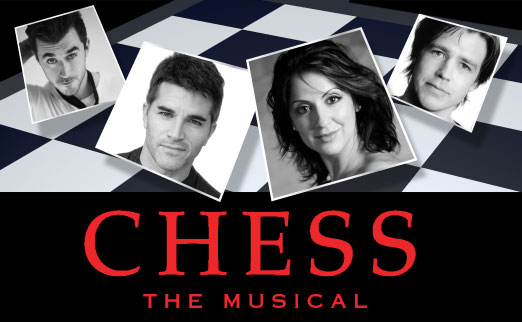 ​​
​This was a fairly small scale production, but with big ambitions and a wonderful cast. Directed by the highly respected Gale Edwards, it was very highly anticipated. The book followed the basic London structure with just a few alterations to song location and lyrics. The strangest relocation was Heaven Help My Heart being moved to near the top of the show. Commie Newspapers was cut and only the one line. "Freddie I love you very much, but just for once, don't go on about the Russians at the press conference." was retained from the scene. This came at the end of What a Scene and then straight into Heaven Help My Heart. There seemed little reason for Florence to be singing it at this point, but she did and it was now obviously about her relationship with Freddie, rather than Anatoly.

From here it went to Press Conference and more or less followed the normal order. During Nobody's Side Florence left the stage and the song was completed by the Arbiter and the chorus. Pity the Child was moved to act two and A Taste of Pity used just after Florence Quits. Someone Else's Story came just after TV Interview and was sung by Svetlana. Pity the Child came after The Deal and before I Know Him So Well. The rest followed the normal order, though they did add a Nobody's Side reprise after the Anthem finale, but only as a sort of encore. 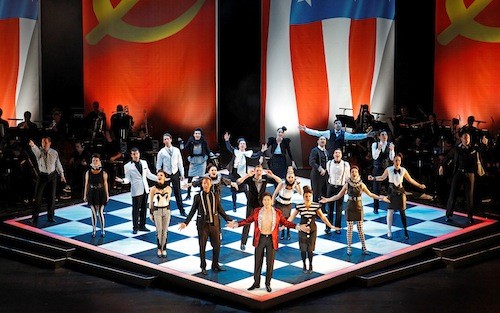 ​
​Although it was a simple static stage, there were proper production numbers, with elaborate choreography, such as aerial silks during One Night in Bangkok. It sounded stunning and by all accounts, was. Some contemporary ballet was included during the chess games, but one critic sited this as 'schizophrenic psycho-ballet' and thought that along with other moments in the show, the score and story were having unnecessary frills and flourishes added to it. Another said that act one especially suffered from one production number after another, making it difficult to become involved with the characters. 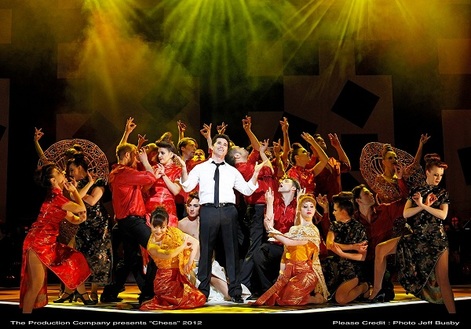 ​The production generally received good reviews though and went on to be nominated for 11 and win 7 Green Room awards:

Chess also had two nominations for the Helpmann Awards: Silvie Paladino for Best Female Actor in a Musical  & Tony Bartuccio for Best Choreography in a Musical. Unfortunately neither of them won. 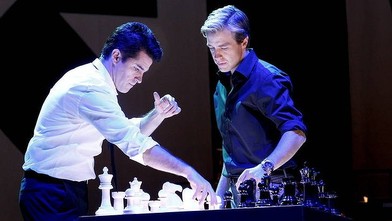 OVERTURE - PROLOGUE
THE STORY OF CHESS
MERANO
WHAT A SCENE
HEAVEN HELP MY HEART (Repositioning of this song, making it about Freddie and Florence)
PRESS CONFERENCE
Molokov and Anatoly
WHERE I WANT TO BE
US v USSR (difficult times)
THE ARBITER
CHESS HYMN
MERCHANDISERS
CHESS 1
Walter TV Report - The pieces have been thrown to the floor... the champion has walked out...
QUARTET
FLORENCE & MOLOKOV
YOU WANT TO LOSE YOUR ONLY FRIEND
NOBODY'S SIDE (Florence leaves stage before end of song and the Arbiter and chorus finish it.)
Arbiter: Explains about the meeting and that Freddie has not turned up...
MOUNTAIN DUET
WHO'D EVER THINK IT
CHESS 2
Report: Freddie has resigned...
FLORENCE QUITS
TASTE OF PITY
Report: The drama is now off the board...
Reporters and Anatoly - new lines for Anatoly...
ANTHEM 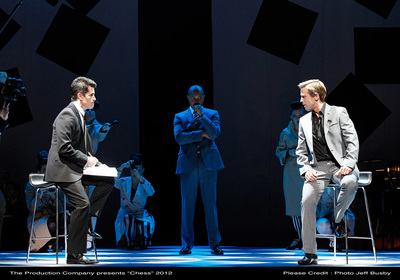 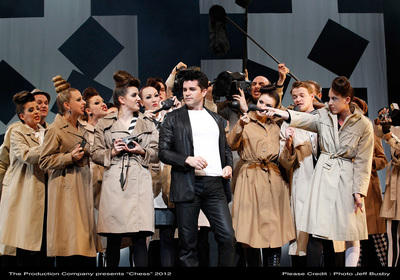 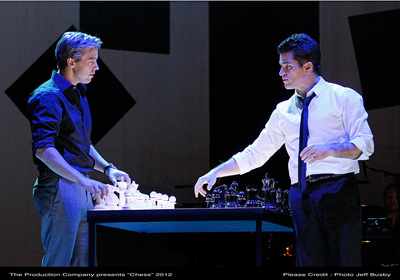 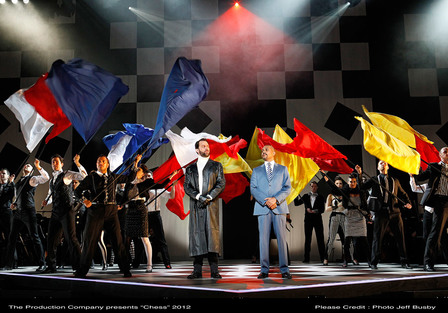 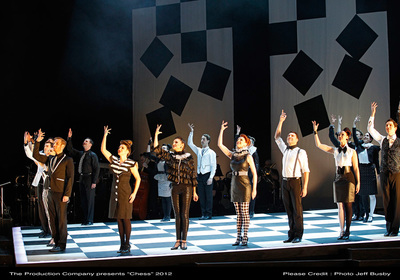 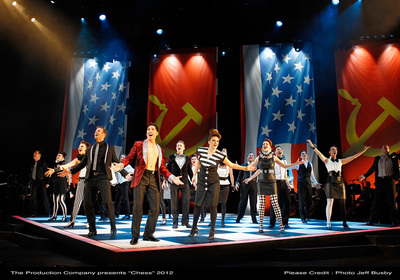 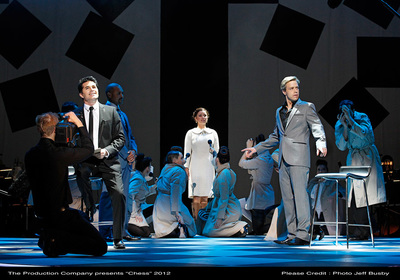