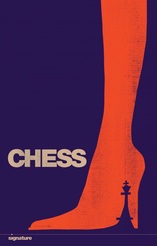 This production was heralded as a new reworking of the show, using elements of both the London and Broadway versions. Billed as the first major revival of the piece in America since 1993 and the first professional production to be staged in Washington. Signature had a reputation for their work on reviving neglected or unsuccessful musicals in addition to world premieres and reinventing classics. In reworking Chess they tried to refocus the core of the story on the original love triangle. 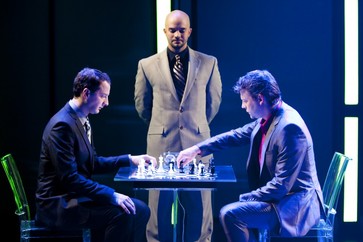 ​Eric Schaeffer:
We've been working for three years on producing Chess and it's thrilling that all the stars have aligned to bring this musical to Washington. With Euan, Jill, and Jeremy leading the cast, it promises to be the exciting production that we've all dreamed about!

David Holcenberg:
​The issue has been that it's a hard story to make clear, and to get the audience emotionally committed to it. 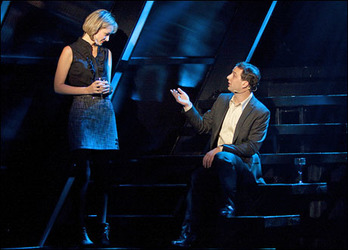 ​They tried to tighten the plot and make it seem more plausible, by developing the motivation of each character and the choices they made. There seems to have been little of London incorporated into the production (though perhaps they were thinking of the visual style) and the structure was more or less the same as the 1990 US productions. Richard Nelson visited during previews and apparently altered the ending to act one but approved all the other changes that had been made.

Signature's Max theatre had a capacity of 276, so it was always going to be intimate, but with a budget of $750,000  the intention was to make it dazzling. The stage was on two levels, with a spiral stair case on one side and traditional stairs on  the other. Lined with strip lighting and with four video screens, it had the look of a mid 80s night club. The screens were used to show snippets of Ronald Reagan's "evil empire" speech, historic footage of Russian tanks invading Budapest and close ups of the cast. 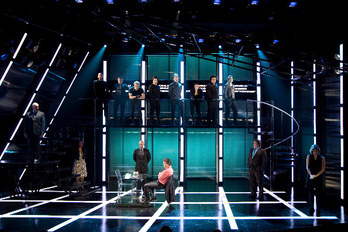 ​The orchestra was a 10-piece ensemble, located on a corner perch to the side and above the stage. On stage there was a chorus of ten, plus the seven leads. The chorus were clad in black leather, semi combat style gear. The choreography used elements of pop video dance styles of the MTV video age and many scenes were given a pop video feel. 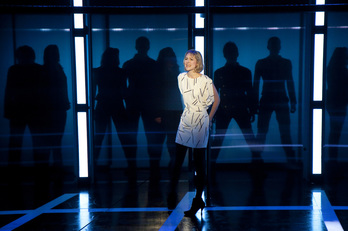 The production was generally very well received and did such good business that it was extended by an extra week.
Eric Schaeffer:
It’s wonderful to see packed houses rocking out to this amazing score and breathtaking performances night after night. We’ve been breaking box office records and wanted to give more people the opportunity to experience this special theatrical event.
​ 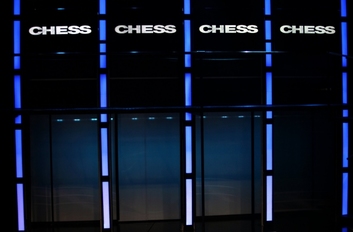 HUNGARIAN FOLK SONG
Florence, Anatoly & Walter in a church
HEAVEN HELP MY HEART
Freddie and Reporter, then Walter
NO CONTEST
Reporter - the opening of the Budapest portion of the tournament
Anatoly and Florence, Anatoly's friends and news of Svetlana in Budapest
YOU AND I
YOU KNEW BETTER / YOU AND I - Svetalan
Molokov and Anatoly
Reporter - Anatoly holding lead 5 to 3, but Freddie has won two in a row
FREDDIE GOES METAL
Report - 5/4 to Anatoly
Walter & Molokov - Florence's father...
LET'S WORK TOGETHER
Florence and Walter re her father... Svetlana passes by with Molokov...
Anatoly re his nephew's accident
I KNOW HIM SO WELL
Anatoly and Florence - re her father and the need for a week long postponement
Freddie being interviewed, Florence asks for the postponement
PITY THE CHILD
Walter & Anatoly re no postponement, he has to play or forfeit
ENDGAME Anatoly throws the game
Airport: Anatoly and Svetlana then Anatoly and Florence
YOU AND I
Molokov, Walter & Florence
Gregor & Florence
APUKAD Music only, no singing and fading out rather than ending on a crescendo
Nobody's Side (Reprise) used as curtain call piece 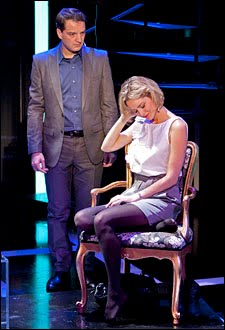 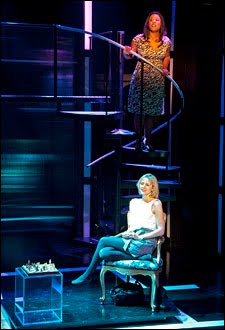 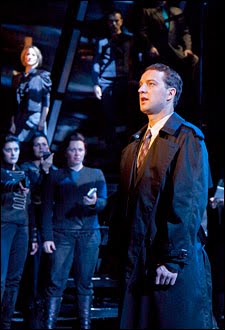 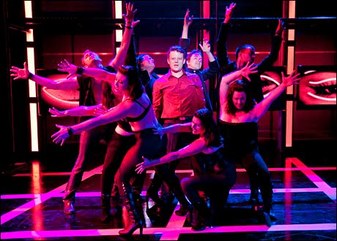 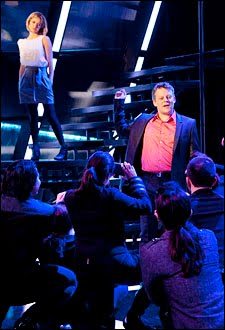 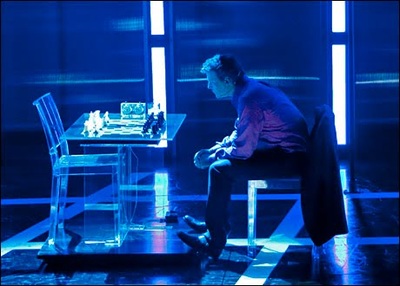 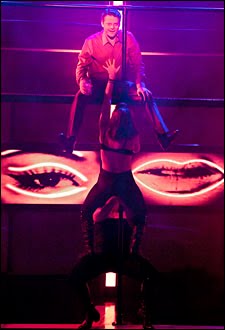